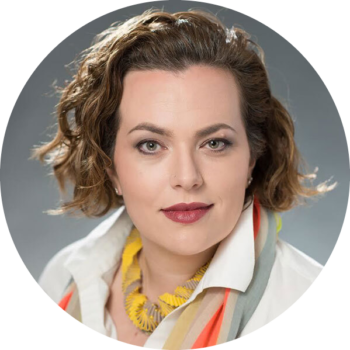 Jenna Ben-Yehuda is President and Chief Executive Officer of the Truman National Security Project and the Truman Center for National Policy. She is also the founder of the Women’s Foreign Policy Network, a global membership organization of five thousand national security professionals in one hundred countries.

A former State Department official with private sector experience, Ben-Yehuda is a member of the World Economic Forum’s Global Futures Council on U.S. national security and a life member of the Council on Foreign Relations. She also serves on the advisory boards of National Security Action and the Leadership Council for Women in National Security. Ben-Yehuda is a frequent media contributor on women’s leadership and U.S. national security.

She holds bachelor’s degrees in international affairs and Spanish from the Elliott School of International Affairs at George Washington University, where she served as an adjunct professor, and master’s degrees from National Defense University and National Intelligence University.