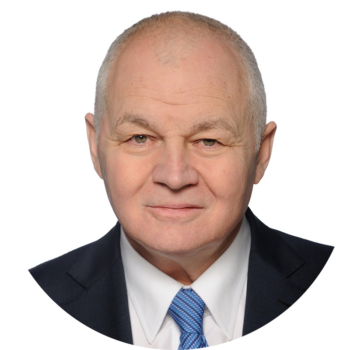 FORMER PRIME MINISTER OF THE REPUBLIC OF POLAND & CHAIRMAN TO THE PARTNERS ADVISORY BOARD, EY POLAND

Former Prime Minister of Poland, Minister for European Integration, co-founder of the Liberal-Democratic Congress and Freedom Union, and the Executive Director at the European Bank for Reconstruction and Development in London, Jan Krzysztof Bielecki has been active on the political and economic stage for over two decades.

In November 2009, he was appointed as the President of the Polish Institute of International Affairs Council (PISM) and served until December 2015. PISM is a leading and independent think-tank that conducts original, policy-focused research. PISM provides advice to all branches of government and contributes to wider debates on international relations in Europe and beyond.

In March 2010, he was nominated by Prime Minister Donald Tusk as the Chairman of the Economic Council and served until December 2014. Its primary task is to provide the Prime Minister with independent and objective opinions both on the current and planned government activities. Another objective of the Council is to assess Poland’s socio-economic situation in comparison with other emerging as well as developed economies.

In January 2015, Mr. Bielecki joined EY Poland as the Chairman of the Partners Board.