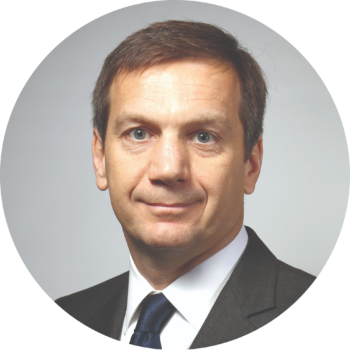 Partner and Chairman of the Global Advisory Board, Campbell Lutyens & Member of the Board of Directors, GLOBSEC

Currently, Mr. Bajnai is working as the Chairman of the Advisory Board and Global Head of Infrastructure of Campbell Lutyens, the leading global private funds advisor, and placement agent.

From mid-2017, Mr. Bajnai has been selected as a member of the Investment Committee of the European Fund for Strategic Investments (EFSI), the decision making the body of the 315bn Euro „Juncker plan for Europe”. He is also a member of the Supervisory Board of Meridiam Infrastructure.

Between 2000 and 2006, he was CEO of the Wallis Group, a leading Hungarian diversified investment company in Real Estate, Construction, Energy, Telecoms, IT, Media, Manufacturing, and Retail. Between 1995 and 2000 he was Managing Director and Deputy CEO of Creditanstalt Investment Bank Hungary, the leading investment bank in Hungary and the region. During his 16 years of private sector career before joining the government, he was member of the boards/supervisory boards of the following companies: Budapest Airport (Chairman); Zwack Unicum Plc; Danubius Radio (Daily Mail), Graboplast and Rába Plc ; and in 1999 he was a member of the Equinox Private Equity Fund’s Investment Commitee, in cooperation with Advent International. He graduated at the Budapest University of Economics in 1991 and received training at EBRD in project finance in 1993.

Currently, Mr. Bajnai is a member of the European Council on Foreign Relations (ECFR) as well as an advisor to the „New Pact for Europe” project in Brussels. He is also a former adjunct professor at Columbia University SIPA, a visiting fellow at John Hopkins University (SAIS) and a senior advisor to the Center for Strategic International Studies (in Washington DC).