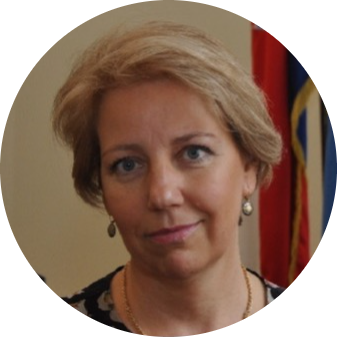 Andreja Metelko-Zgombić is the State Secretary for Europe at the Ministry of Foreign and European Affairs of the Republic of Croatia. Prior to assuming this position in 2017, Metelko-Zgombić held several prominent posts at the Ministry of Foreign Affairs, including Chief Legal Adviser and Assistant Minister for European Law, International Law and Consular Affairs. Metelko-Zgombić served as a representative and co-agent of the Government of the Republic of Croatia in arbitral proceedings and cases brought before the International Court of Justice and the European Court of Justice.